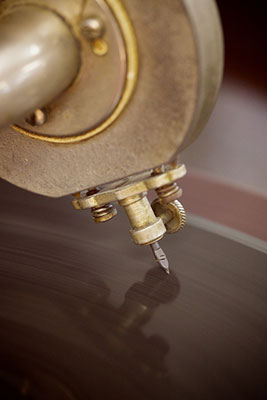 In this week’s Radar Podcast, I chat with Cait O’Riordan, VP of product, music and platforms at Shazam. She talks about the current state of predictive analytics and how Shazam is able to predict the success of a song, often in the first few hours after its release. We also talk about the Internet of Things and how products like the Apple Watch affect Shazam’s product life cycles as well as the behaviors of their users.

Predicting the next pop hit

Shazam has more than 100 million monthly active users, and its users Shazam more than 20 million times per day. This, of course, generates a ton of data that Shazam uses in myriad ways, not the least of which is to predict the success of a song. O’Riordan explained how they approach their user data and how they’re able to accurately predict pop hits (and misses):

What’s interesting from a data perspective is when someone takes their phone out of their pocket, unlocks it, finds the Shazam app, and hits the big blue button, they’re not just saying, “I want to know the name of this song.” They’re saying, “I like this song sufficiently to do that.” There’s an amount of effort there that implies some level of liking. That’s really interesting, because you combine that really interesting intention on the part of the user plus the massive data set, you can cut that in lots and lots of different ways. We use it for lots of different things.

At the most basic level, we’re looking at what songs are going to be popular. We can predict, with a relative amount of accuracy, what will hit the Top 100 Billboard Chart 33 days out, roughly. We can look at that in lots of different territories as well. We can also look and see, in the first few hours of a track, whether a big track is going to go on to be successful. We can look at which particular part of the track is encouraging people to Shazam and what makes a popular hit. We know that, for example, for a big pop hit, you’ve got about 10 seconds to convince somebody to find the Shazam app and press that button. There are lots of different ways that we can look at that data, going right into the details of a particular song, zooming out worldwide, or looking in different territories just due to that big worldwide and very engaged audience.

Design for the use case

The challenges and opportunities the Internet of Things (IoT) brings to the table are affecting industries across the board. I asked O’Riordan about how the IoT affects their product life cycles. She said it really all boils down to nailing the use case:

Of all the many brilliant things that you could do, what are the right ones to do? That’s the problem that everybody faces, and it’s a lovely problem to have. We’re forever coming up with fantastic ideas; the trick is to work out which ones have the most potential, then working out how you can test whether they have potential so that you can then decide whether you want to do into that deeper.

The launch of the Apple watch in the last few weeks means that we had to work out what that meant for Shazam. It’s not just a case of taking a big old app and shrinking it down to the size of a watch — you have to think about the use case. How can we can make it really simple for people to use, but encourage iOS users to use it more often because it’s on a very personal space on your wrist, really convenient. That’s what we’re thinking about when we’re making that app.

Other challenges are making an app for a device you’ve never seen. In beginning, when you don’t know what those things look like, you’re trying to work out what’s the best way to do it. We worked incredibly hard to make it as useful and simple as possible for that very simple use case.

O’Riordan and I talked about Shazam’s users and how she sees user behavior changing over time. She said there are two major use cases: push the button to get the name of a song, and return to Shazam later to review past Shazams. These latter users are in “exploratory mode,” she noted, and behave quite differently — they’re more likely to watch a video, buy a song, or pull up lyrics. This latter use case it what they’re focusing on now, she said, to further develop Shazam as a browsing experience and a discovery platform.

This focus on user behavior is a personal interest of O’Riordan’s as well. She related it back to her own life, noting how technology has affected her user behavior:

What I’m finding interesting is technology’s ability to change your behavior. Two or three years ago, all the buses in London became connected — you could tell when a bus was going to arrive at your bus stop. It was interesting to me how it changed my behavior. I went from just checking when there was a bus coming so I could run from my house to the bus stop and get on a bus, to all of a sudden becoming much lazier and waiting for that bus to arrive, saying, “Well, I’m not going to leave the house for 11 minutes because it’s not going to be there!” I’m finding myself becoming lazier. Then, getting myself a Fitbit wristband, and counting how many steps I take. All of a sudden, my behavior’s changed completely. I don’t look at the bus time table anymore because I’m desperate to get my steps up and achieve my target in the course of the day.

An old cynic, being in the business for a long time, I find it interesting that it can change my behavior, but also how it changes people’s behavior in both negative and positive ways. As health apps and all of these devices become much more ubiquitous, the data that those companies have on people’s behavior and how it changes from what they say they do to what they’re actually doing is also really fascinating — some data I’d love to get my hands on.

Also in this podcast: Using data for evil

In the second segment of this podcast I talk with Francine Bennett, CEO and cofounder of Mastodon C, about unintentional uses of data for evil and how data scientists can ensure their work stays on the data for good side of that line. Bennett also talks about tools, techniques, and trends she’s seeing in the big data space.

Image on article and category pages by Marcin Wichary on Flickr, used under a Creative Commons license.