Collaborative sensor networks of humans, and your body may be the next two-factor authenticator

There has been much coverage recently of the Internet of Things, connecting everything from washers and dryers to thermostats to cars to the Internet. Wearable sensors — things like FitBit and health-care-related sensors that can be printed onto fabric or even onto human skin — are also in the spotlight.

Kevin Fitchard reports at GigaOm that researchers at CEA-Leti and three French universities believe these areas are not mutually exclusive and have launched a project around wireless body area networks called CORMORAN. The group believes that one day soon our bodies will be constantly connected to the Internet via sensors and transmitters that “can be used to form cooperative ad hoc networks that could be used for group indoor navigation, crowd-motion capture, health monitoring on a massive scale and especially collaborative communications,” Fitchard writes. He takes a look at some of the benefits and potential applications of such a collaborative network — location-based services would be able to direct users to proper gates or trains in busy airports and train stations, for instance — and some of the pitfalls, such as potential security and privacy issues. You can read his full report at GigaOm.

In related news, wearable sensors — and even our bodies — may not only be used to connect us to a network, but also to identify us as well. END_OF_DOCUMENT_TOKEN_TO_BE_REPLACED

Visualization of the Week: CIA rendition flights of terror suspects

The Rendition Project has published an interactive visualization of three year's worth of suspected rendition flights.

The Rendition Project, a collaboration between academics at Kent and Kingston universities and the NGO Reprieve, has developed an interactive visualization of the extent of CIA rendition flights of terror suspects.

END_OF_DOCUMENT_TOKEN_TO_BE_REPLACED

The press release announcing the actions notes the benefit the U.S. economy historically has experienced with the release of government data — GPS data, for instance, sparked a flurry of innovation that ultimately contributed “tens of billions of dollars in annual value to the American economy,” according to the release. President Obama noted in a statement that he hopes a similar result will come from this open data order: “Starting today, we’re making even more government data available online, which will help launch even more new startups. And we’re making it easier for people to find the data and use it, so that entrepreneurs can build products and services we haven’t even imagined yet.”

FCW’s Adam Mazmanian notes a bit from the Open Data Policy memo that indicates the open data framework doesn’t only apply to data the government intends to make public. END_OF_DOCUMENT_TOKEN_TO_BE_REPLACED

Details about how the FBI uses stingray or IMSI-catcher technology — and how much more intrusive it is than previously known — have come to light in a tax fraud case against accused identity thief Daniel David Rigmaiden. Kim Zetter reports at Wired that the FBI, in coordination with Verizon Wireless, was able to track Rigmaiden’s location by reprogramming his air card to connect to the FBI’s fake cell tower, or stingray, when calls came to a landline controlled by the FBI. “The FBI calls, which contacted the air card silently in the background, operated as pings to force the air card into revealing its location,” Zetter explains.

The U.S. government claims it doesn’t need a warrant to use stingrays “because they don’t collect the content of phone calls and text messages and operate like pen-registers and trap-and-traces, collecting the equivalent of header information,” Zetter says, but in this particular case they got a probable-cause warrant because the stingray located and accessed the air card remotely through Rigmaiden’s apartment.

The issue at stake in this case is whether or not the court was fully informed as to the intrusiveness of the technology when it granted the warrant. END_OF_DOCUMENT_TOKEN_TO_BE_REPLACED

Strata Week: Our phones are giving us away

Anonymized phone data isn't as anonymous as we thought, a CFPB API, and NYC's "geek squad of civic-minded number-crunchers."

A study published this week by Scientific Reports, Unique in the Crowd: The privacy bounds of human mobility, shows that the location data in mobile phones is posing an anonymity risk. Jason Palmer reported at the BBC that researchers at MIT and the Catholic University of Louvain reviewed data from 15 months’ worth of phone records for 1.5 million people and were able to identify “mobility traces,” or “evident paths of each mobile phone,” using only four locations and times to positively identify a particular user. Yves-Alexandre de Montjoye, the study’s lead author, told Palmer that “[t]he way we move and the behaviour is so unique that four points are enough to identify 95% of people.”

END_OF_DOCUMENT_TOKEN_TO_BE_REPLACED

Visualization of the Week: Sequester cuts by state

Data journalist Ryan Murphy dug into the White House sequester cut data to create a visualization of the economic impact of the sequester.

The sequester went into effect in the U.S. on Friday, and media outlets are busy fleshing out practical consequences and looking for solutions. Ryan Murphy at The Texas Tribune dug into the state-level data released by the White House (in PDF files, no less), converted it into a more user-friendly format and created an interactive visualization detailing the economic effect of the sequester cuts on each state in nine categories.

END_OF_DOCUMENT_TOKEN_TO_BE_REPLACED

There’s increasing interest in the open data economy from the research wings of consulting firms. Capgemini Consulting just published a new report on the open data economy. McKinsey’s Global Institute is following up its research on big data with an inquiry into open data and government innovation. Deloitte has been taking a long look at open data business models. Forrester says open data isn’t (just) for governments anymore and says more research is coming. If Bain & Company doesn’t update its work on “data as an asset” this year to meet inbound interest in open data from the public sector, it may well find itself in the unusual position of lagging the market for intellectual expertise.

As Radar readers know, I’ve been trying to “make dollars and sense” of the open data economy since December, looking at investments, business models and entrepreneurs. 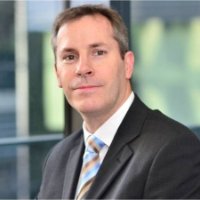 In January, I interviewed Harvey Lewis, the research director for the analytics department of Deloitte U.K. Lewis, who holds a doctorate in hypersonic aerodynamics, has been working for nearly 20 years on projects in the public sector, defense industry and national security. Today, he’s responsible for applying an analytical eye to consumer businesses, manufacturing, banking, insurance and the public sector. Over the past year, his team has been examining the impact of open data releases on the economy of the United Kingdom. The British government’s embrace of open data makes such research timely. END_OF_DOCUMENT_TOKEN_TO_BE_REPLACED

Is data collection entering discriminatory territory? Also, big data's role in crime fighting and its debut in the NBA.

In a post at Scientific American, Michael Fertik took a look at how Internet data collection practices are beginning to create an unequal — even discriminatory — online environment. Fertik writes:

“For most of the Internet’s short history, the primary goal of this data collection was classic product marketing: for example, advertisers might want to show me Nikes and my wife Manolo Blahniks. But increasingly, data collection is leapfrogging well beyond strict advertising and enabling insurance, medical and other companies to benefit from analyzing your personal, highly detailed ‘Big Data’ record without your knowledge. Based on this analysis, these companies then make decisions about you — including whether you are even worth marketing to at all.”

The consequences of such detailed data mining run deep. Fertik notes that advances in online data mining are enabling companies to “skirt the spirit of the law” and make discriminatory choices in who receives credit or loan offers, for example, by simply not displaying online offers to less credit-attractive users. “If you live on the wrong side of the digital tracks,” he says, “you won’t even see a credit offer from leading lending institutions, and you won’t realize that loans are available to help you with your current personal or professional priorities.”

END_OF_DOCUMENT_TOKEN_TO_BE_REPLACED

Visualization of the Week: How people commute

Two visualizations look at how commuters get to and from work.

The Datablog team at The Guardian dug into the recently released 2011 UK census data and mapped how people around the UK get to work — by car, bike, train or walking.

END_OF_DOCUMENT_TOKEN_TO_BE_REPLACED

Visualization of the Week: Pollution exposure by city

“The World Health Organisation (WHO) warns that exposure to particulate matter increases the risk of many chronic and acute respiratory conditions in children and adults. The WHO air quality guidelines indicate that by reducing particulate matter (PM10) pollution from 70 to 20 micrograms per cubic metre, air quality related deaths can be reduced by around 15%.”