Is 2016 the year you let robots manage your money? 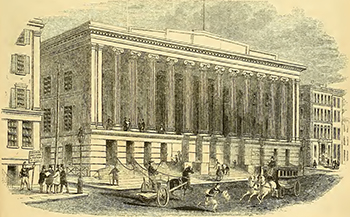 In this episode of the O’Reilly Data Show, I sat down with Vasant Dhar, a professor at the Stern School of Business and Center for Data Science at NYU, founder of SCT Capital Management, and editor-in-chief of the Big Data Journal (full disclosure: I’m a member of the editorial board). We talked about the early days of AI and data mining, and recent applications of data science to financial investing and other domains.

I joke with people, I say, ‘When I first started looking at finance, the only thing I knew was that prices go up and down.’ It was only when I actually went to Morgan Stanley and took time off from academia that I learned about finance and financial markets. … What I really did in that initial experiment is I took all the trades, I appended them with information about the state of the market at the time, and then I cranked it through a genetic algorithm and a tree induction algorithm. … When I took it to the meeting, it generated a lot of really interesting discussion. … Of course, it took several months before we actually finally found the reasons for why I was observing what I was observing.

Image via the Internet Archive on Wikimedia Commons.