How Microsoft is contributing to and benefitting from open source. 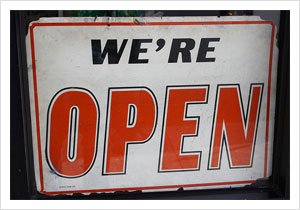 While Microsoft’s previous
stance on open source systems is well known, it turns out there’s been a serious shift as Microsoft looks to bring more non-.NET programmers into the fold.

On April 12, Jean Paoli, president of a new subsidiary of Microsoft called Microsoft Open Technologies, Inc., wrote about the new initiative. In his words, the subsidiary was created “to advance the company’s investment in openness — including interoperability, open standards and open source.” This is a public step toward working with open source communities and integrating technologies into Microsoft’s closed initiatives, which may not be quite so closed in the future. With that in mind, below I take a look at what’s new with Microsoft and open source.

While these projects provide proof that the pendulum is swinging in the open source direction, the impact for Microsoft can and will be much more resounding. New markets, programmers, and communities are at play here if this new tact goes well.

This shift in ideology will likely help Microsoft on a number of fronts, including finding new programmers and communities. For example, Microsoft may lure developers to Windows 8 — rumored to be launching in October — by making it as easy as possible to get up and running. HTML5/JavaScript as well as C++ can be used to create Windows 8 Metro applications, and Microsoft hasn’t forgotten its own .NET developers, who will use C#. The common theme you will see with the Windows 8 release and others is that Microsoft is trying to become less isolated from the rest of the programming community, many of whom are now polyglot programmers.

Azure, Microsoft’s cloud platform, is slowly gaining momentum as enterprises make the shift to cloud services. The key word here is “slowly.” On the other hand, Hadoop, an open source Apache project that’s become a central part of the big data movement, has a huge and active community that’s improving the code minute by minute. Supporting
Hadoop on Azure lets Microsoft incorporate the popularity and visibility of an open source project into a Microsoft initiative that needs more exposure.

With a Microsoft
Openness website that speaks to the relationship it has with open source technologies, and an accompanying Twitter account (@OpenatMicrosoft)
with more than 6,500 followers, the Microsoft marketing team also seems to think open source exposure is important. (Side note: Gianugo Rabellino, Microsoft senior director of open source communities, and one of the people tweeting from the @OpenatMicrosoft account, will be presenting at the OSCON conference this
summer.)

As Microsoft continues to see viable open source projects gain momentum, you can be sure that it will work on including ways for those languages, libraries, and frameworks to be incorporated into its current and future platforms. But the more meaningful change is that Microsoft is seeing that opening its own technologies to programmers will only make its products better, more accessible, and central to the future of programming.