Netflix1 recently released Suro, a data pipeline service for large volumes of event data. Within Netflix, it is used to dispatch events for both batch (Hadoop) and realtime (Druid) computations: 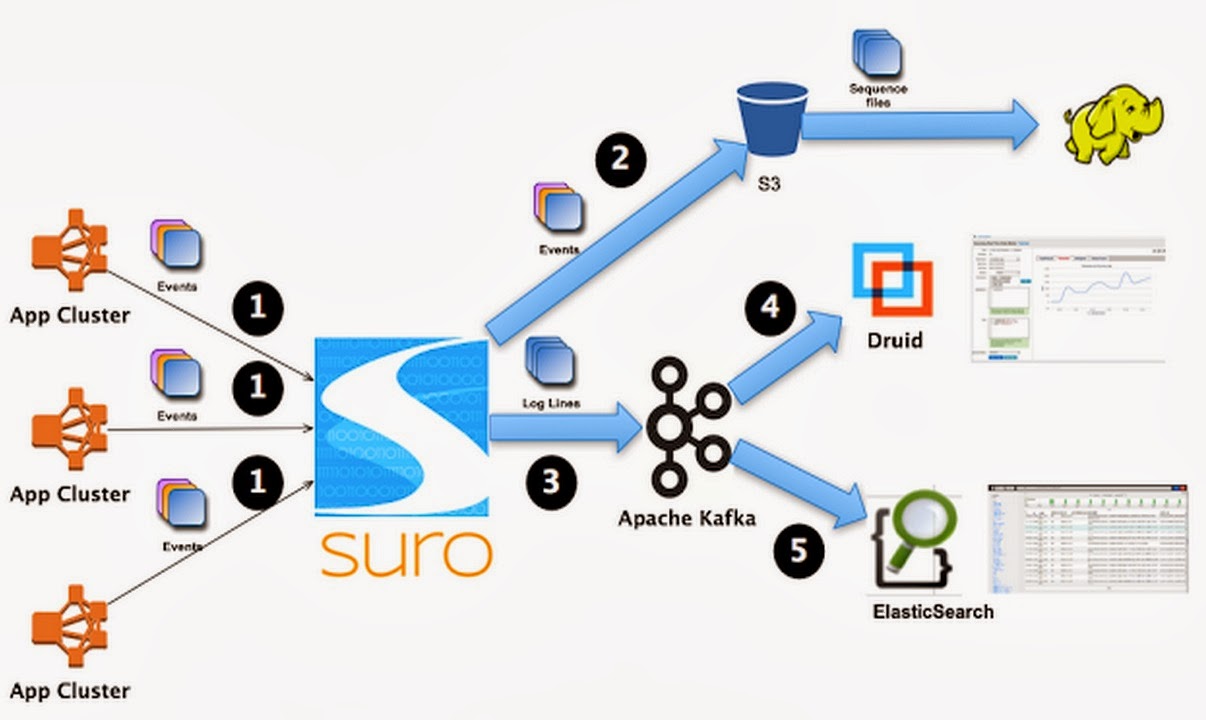 Leveraging and deploying Storm
YARN, Storm and Spark were key to letting Yahoo! move from batch to near realtime analytics. To that end, Yahoo! and Hortonworks built tools that let Storm applications leverage Hadoop clusters. Mesosphere released a similar project for Mesos (Storm-Mesos) early this week. This release makes it easier to run Storm on Mesos clusters: in particular, previous Storm-Mesos integrations do not have the “built-in configuration distribution” feature and require a lot more steps deploy. (Along with several useful tutorials on how to run different tools on top of Mesos, Mesosphere also recently released Elastic Mesos.)

One of the nice things about Spark is that developers can use similar code for batch (Spark) and realtime (Spark Streaming) computations. Summingbird is an open source library from Twitter that offers something similar for Hadoop MapReduce and Storm: programs that look like Scala collection transformations can be executed in batch (Scalding) or realtime (Storm).

Focus on analytics instead of infrastructure
Stream processing requires several components and engineering expertise2 to setup and maintain. Available in “limited preview”, a new stream processing framework from Amazon Web Services (Kinesis) eliminates3 the need to setup stream processing infrastructure. Kinesis users can easily specify the throughput capacity they need, and shift their focus towards finding patterns and exceptions from their data streams. Kinesis integrates nicely with other popular AWS components (Redshift, S3, and Dynamodb) and should attract users already familiar with those tools. The standard AWS cost structure (no upfront fees, pay only for your usage) should also be attractive to companies who want to quickly experiment with streaming analytics.

Machine-learning
In a previous post I described a few key techniques (e.g., sketches) used for mining data streams. Algebird is an open source abstract algebra library (used with Scalding or Summingbird) that facilitates popular stream mining computations like the Count-Min sketch and HyperLogLog. (Twitter developers observed that commutative Monoids can be used to implement4 many popular approximation algorithms.)